I was having a conversation with a dear friend this morning about baseball.

And I was trying to share with her my love for the Pittsburgh Pirates.  And she was like, "they are so bad, why would I ever want to root for them?"

And my response?  "I love them, precisely because they are so bad.  And because they get no love from anywhere but Pittsburgh folks anywhere else in the country."

(Note: This is a story that is loosely based on one line of a text message, many of the details have been changed to preserve my integrity and to prove my point) 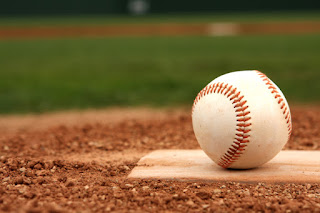 And I started to think about how I was perhaps primed from a young age to be on board with social justice issues.

Growing up, my dad was a big fan of the Minnesota Twins, who are the running joke as being one of the worst teams in MLB.  And then we moved to West Virginia and I myself became a Pittsburgh Pirates fan.  The team, who also has become a running joke among baseball fans.

Neither of these teams has had much luck over the past...oh 20 years or so.  They've had some good runs, but what happens - especially with the Pirates is that their star players get traded off by mid-season, and then things fall apart after the All-Star game.

In all this, though, my love for the Pirates has not changed.  In fact, I think I love them even more because they are consistently the MLB underdog.  They will never be as successful or as popular as the Yankees or the Red Sox (or the White Sox).  It's just not going to happen.

But I love them.  And I want them to do well and to succeed.  And to not be mined out for their best players in such a way that keeps them at the bottom of MLB.

I want them to get respect.

Which is really, what social justice is, at it's heart.  It is loving the groups in our society, not because of what they've accomplished - but because they deserve respect and an actual chance to do well and succeed.

Social justice isn't about bringing the top down to the bottom.

It's about bringing the bottom to the top.

It's about giving everyone a chance to play 9 innings, with their best players.

It's about playing by rules that benefit both teams.

Sadly, we live in a world where the rules benefit only one team.

So let's change the rules.  Let's make the game actually fair.  Let's start treating the other team with dignity and respect.

I mean that's what sportsmanship is all about, isn't it?   Being a good sport means crying out that the rules or calls are hurting the other team.

Same with social justice.  Being an agent of social justice is, at it's heart, means crying out that the rules are hurting the other team.

Of course, in all this, I am also reminded that God's kingdom isn't necessarily like major league baseball.  It's better than that.

It's more like how the kids in The Sandlot play ball.  Especially when they're by themselves.  There isn't a winner, there isn't a loser. 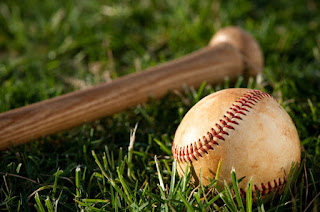 It's just about playing the game.

God tells us to be childlike, because children - before adults get in the way - don't care about winning and losing.  They just want to play the game and have fun.

Let's learn to play together.  Let's learn to let go of needing to win - especially us white men - and let's learn to treat all of the other players on the field with the same dignity and respect we (again, as white men) have gotten for our lives.
Posted by Unknown at 9:46 AM